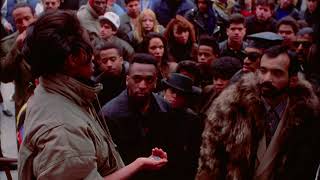 In 1990, filmmakers, Paul DeSilva and Frazier Prince decided to do a docudrama about the drug epidemic during that time. The famous drug of the day was known as Crack cocaine. The film was completed in 1991and titled, “Crackdown Big City Blues.” The film was distributed to territories in Europe and then it was shelved. Unfortunately, filmmaker, Paul DeSilva died of a massive heart attack in 1997. In 2017, Frazier Prince got a call from film distributor, Phil Hopkins ['The F
Contact Us